FOR GENERAL CONFERENCE THIS YEAR

I think my kids were pretty much over another round of BINGO and word finds and so forth.  Then I saw this idea on Sugardoodle and again on A Bushel and a Peck of FUN and I was hooked!  I bought several of these at the neighborhood Walmart: 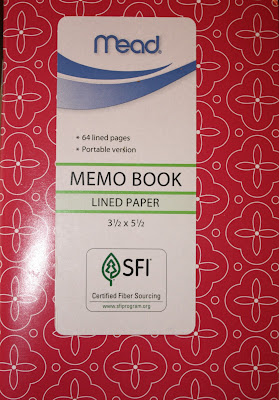 In PowerPoint I printed up the newest apostle, taking the image from Google by Googling their names and making them 1" wide and 1 1/4 " long (or so). The rest I printed from Sugardoodle.  Some were made black and white and some color and I was super frustrated but moved on.  There's the perfect project and then there's the completed project.

Using clear packing tape, I caught up the picture and stuck it on the side of the page so it tabs: 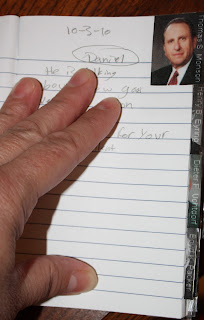 and folds over to secure it to the back.
The kids wrote in what they learned from the BIG FIFTEEN at General Conference. 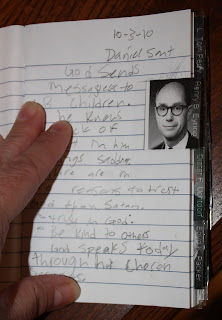 These pictures are all of Daniel's book but Joseph and Jack filled their books and Matthew wrote in his, too. 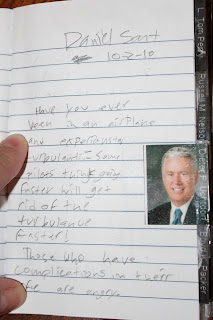 After each successful summary they got a couple of candies to get them through to the next speaker. 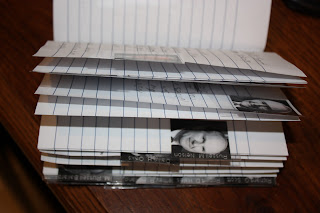 I am for sure continuing to do this.  My kids are old enough to pay attention and take notes, not just argue about and count who has the most blue m&ms and whether or not someone ate one to look like they have less, and so forth.  (Not that that sort of thing EVER happens at my house.)
Brought to you by the Sant Family at 4:30 PM